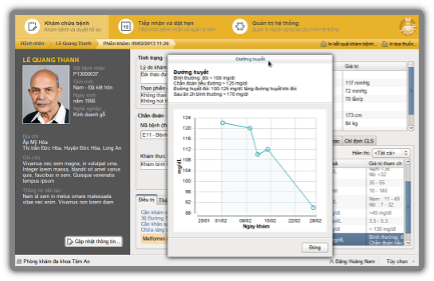 In November 2009, Evolus headquarter is officially moved to the Lotus Building, Tan Binh district, Hochiminh city. With this smart move, Evolus have a lot of space to expand the human resource power for the new demanding projects in the future.

Get new via RSS View other news »

An integrated system to manage the polyclinics, support all medical operations as well as storing, searching Electronic Patient Records (EPR)

A cross-platform GUI prototyping and sketching tool based on Mozilla Firefox platform.